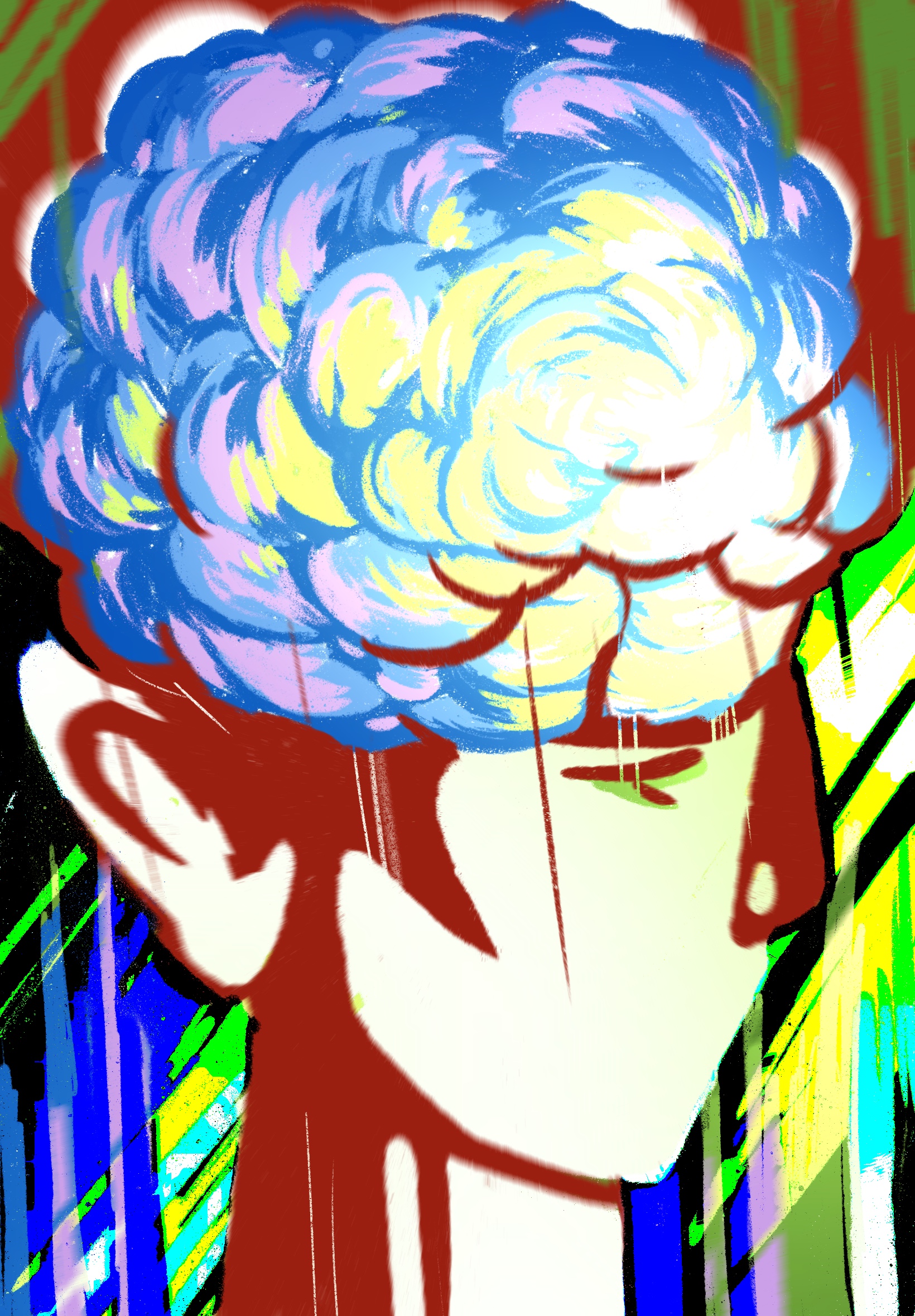 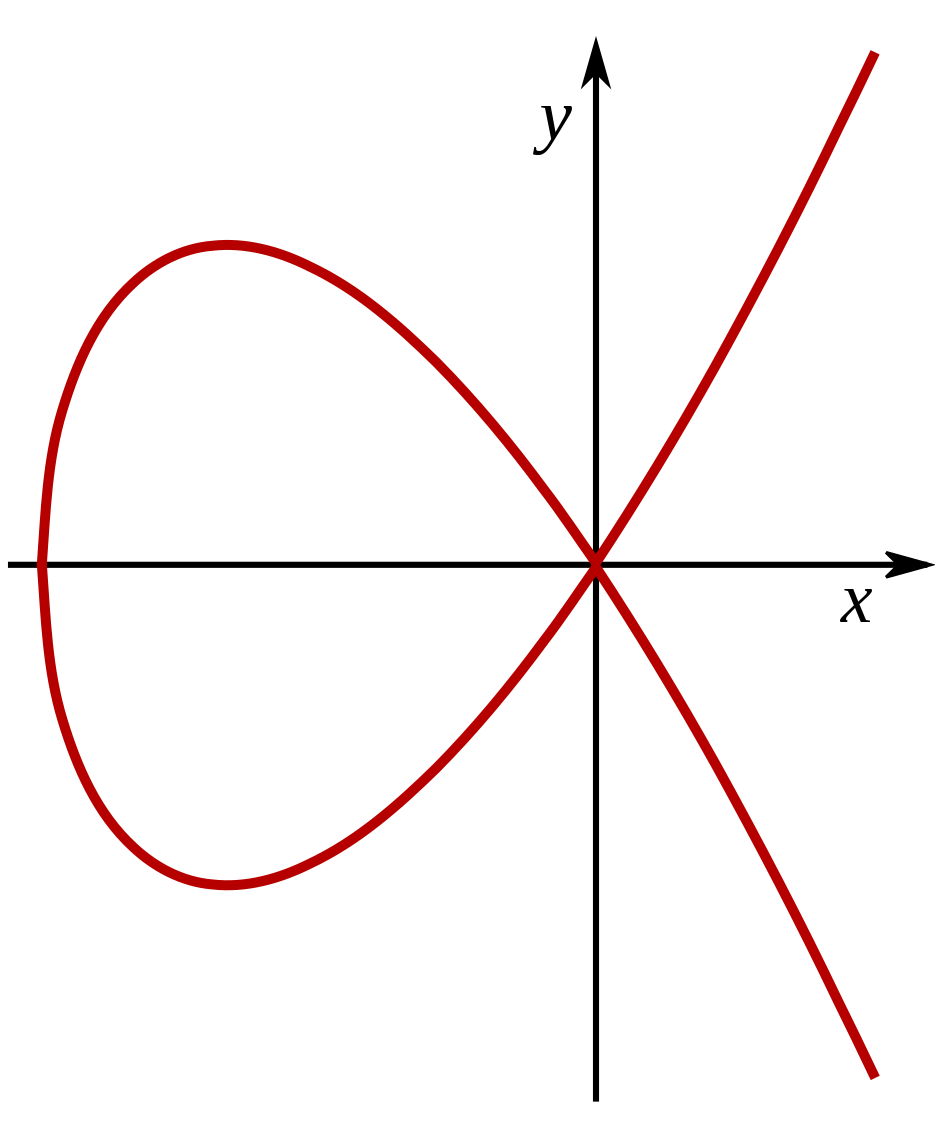 If we wish to do computation with varieties and their associated ideals, it would be nice to be able to do the following:

It turns out that the solution to the above problems for special cases correspond to familiar concepts and algorithms. Specifically,

As we shall see, algorithms for the special cases above fails in the general case in specific ways and fixing them give rise to Grobner basis.

and the task is to find their vanishing set \(\V\brac{f_1, \dots, f_n}\). Here, we can bring to bear the full weight of linear algebra. In particular, we have the famous Gaussian elimination procedure.

Lets do an example, 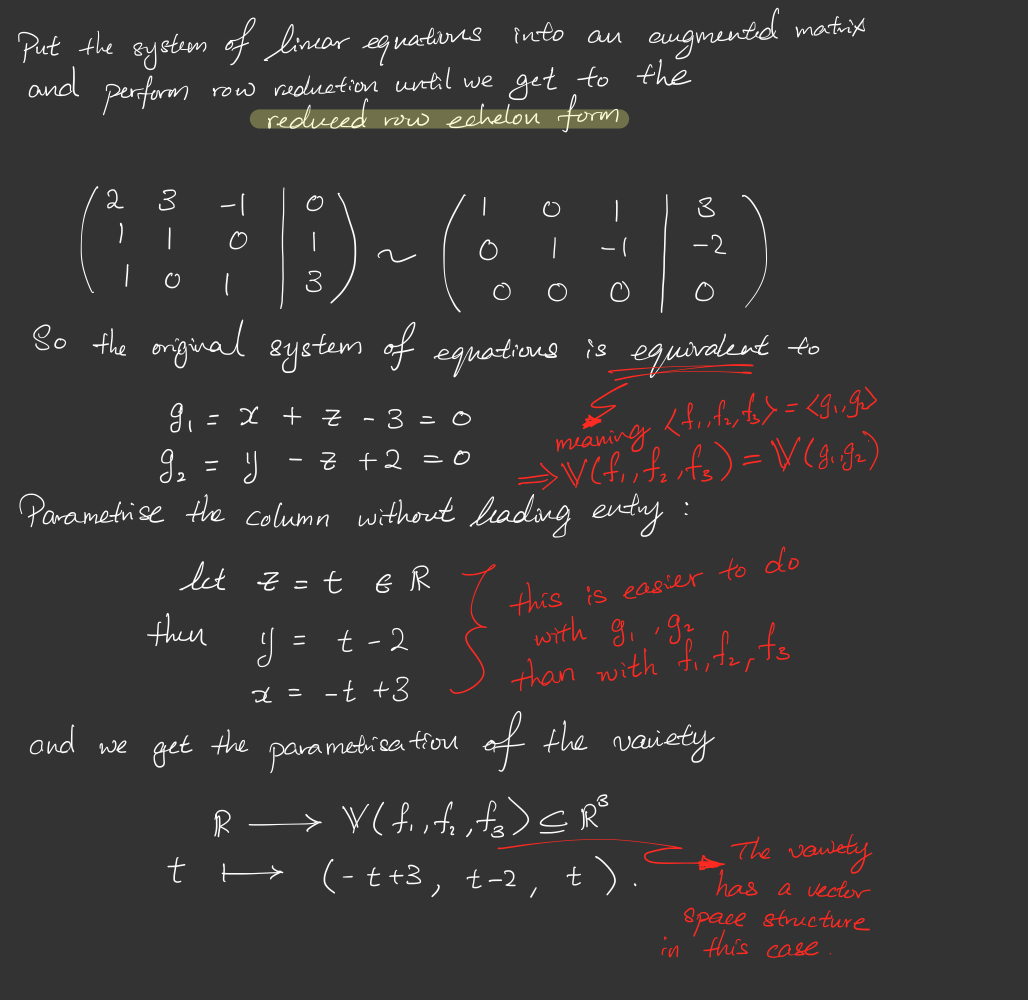 In this case, we have $n$ single variable polynomials in $k[x]$, each having arbitrary degree

Fortunately, for $k$ a field, $k[x]$ is an Euclidean domaininformally, an integral domain where the Euclidean algorithm make sense and works. and therefore, by a standard result in algebra, a principal domain, meaning the ideal \(I = \left\langle f_1, \dots, f_n \right\rangle\) is actually generated by a single $g \in I$. Indeed, the ideal is generated by any element with the lowest degree in $I$. One way to compute a generator is to simply perform the eponymous Euclidean algorithm for finding $gcd(f_1, \dots, f_n)$. 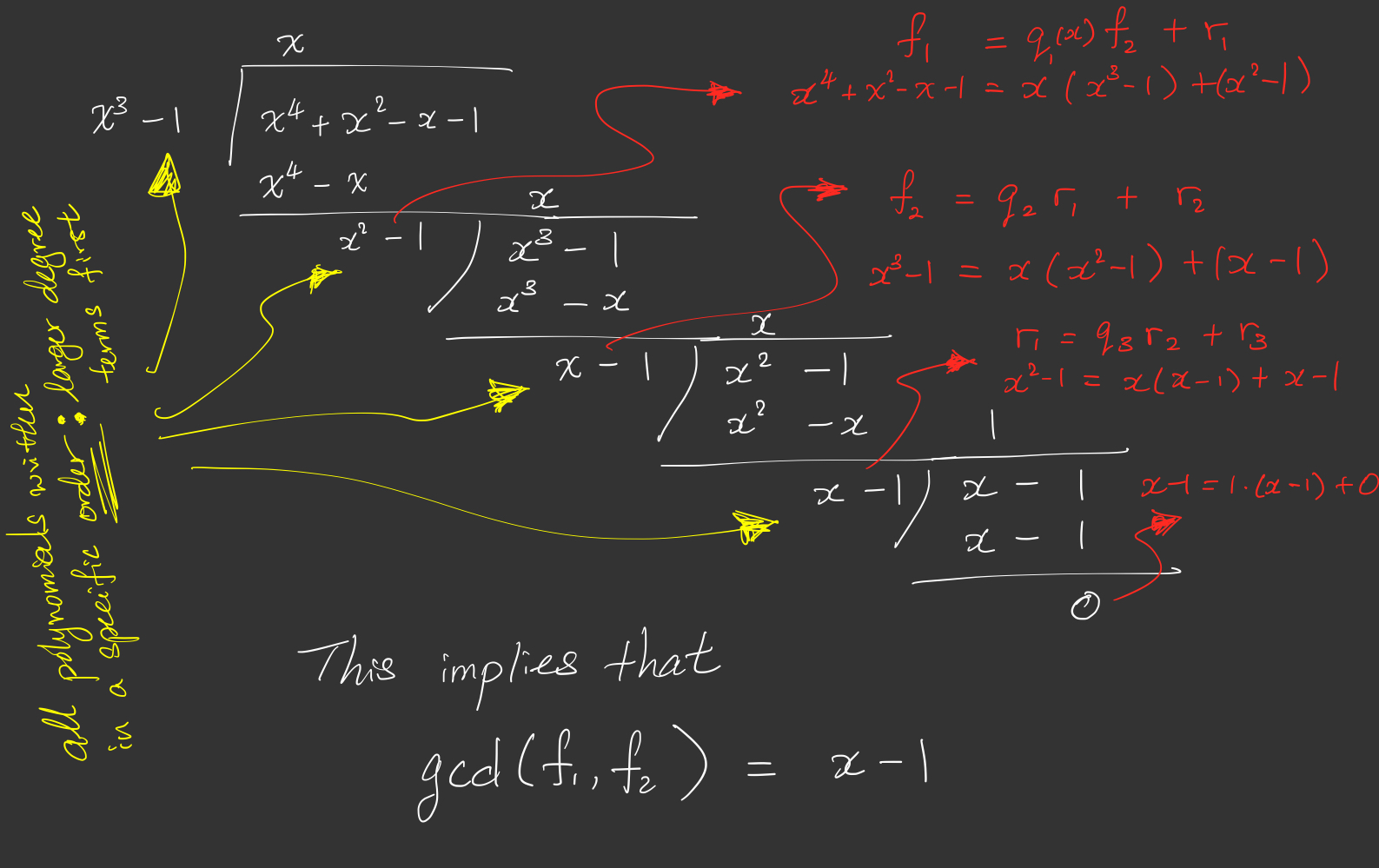 We can then conclude that the ideal $\abrac{f_1, f_2}$ is simply the ideal generated by their gcd, that is

This means that the variety is simply given by

This description is (slightly) easier than the original for identifying points on the variety:

As we saw above, an essential feature of the single variable case that makes the Euclidean algorithm work is the ability to do long division. Put it another way, given polynomial $p$ and polynomial divisor $f$ , we can find the quotient polynomial $q$ such that

with $r(x)$ having lower degree than the divisor $f$.

The generalisation is rather straight forward. However, as we shall see, it loses some desirable properties that we rely on in the two special cases we investigated.

The last example is particularly galling. Getting zero remainder immediately give us an expression of $p = q_1f_1 + \dots + q_nf_n$ which is a witness that \(p \in \left\langle f_1, \dots, f_n \right\rangle\). However, whether we end up with zero remainder or not depend on how we order the generators. Worse still, sometimes the division produces "intermediate" remainder terms. In either case, even ifthere is a little magic happening here where we suddenly restrict ourselves to just long division of element of the ideal. Turns out solving this case is enough though. $p \in I$, whether we get zero remainder is a matter of luck and the issue seems to be that the algorithm run into a blocker: The leading term of some intermediate remainder ${\mathrm{LT}}(r)$ is no longer divisible by any leading term $\mathrm{LT}(f_i)$ of the generating polynomials. This is the root of all evil.
To rephrase, we have the scenario that some combination $\sum q_i f_i$ of the generators produces remainderdifference of elements of the ideal is in the ideal., $r = p - \sum q_i f_i \in I$, but $\mathrm{LT}(r)$ is no longer divisible by any of $\mathrm{LT}(f_i)$, i.e. $\mathrm{LT}(r)$ is not in the ideal generated by $\mathrm{LT}(f_1), \dots, \mathrm{LT}(f_n)$. Varying $q_i$, the expression of the form $p - \sum q_i f_i$ is all of $I$, so our issue is thatnote that \(\left\langle \mathrm{LT}(f_1),\mathrm{LT}(f_2), \dots \right\rangle \subset \left\langle \mathrm{LT}(I) \right\rangle\) follows trivially from definition. It is the reverse inclusion that is causing grief. \(\begin{aligned} \left\langle \mathrm{LT}(f_1),\mathrm{LT}(f_2), \dots \right\rangle \neq \left\langle \mathrm{LT}(I) \right\rangle \end{aligned}\) where \(\mathrm{LT}(I) = \left\{\mathrm{LT}(p) \, \, : \,p \in I\right\}\).
Since it is really the ideal that we care about, not the given generators per se, our quest to solve the problems pose at the beginning would be resolved if we can find another set of generatorsAlso note this second jedi mind trick where I switch to using notation to $\mathrm{LT}(f_1), \dots$ suggesting potentially infinite generating set. We are hoping that $G$ turns out to be finite regardless of the initial size of \(\left\{f_i\right\}\). $G \subset I$ such that we do have

Our problem motivate the study of ideals that are generated by all leading terms of $p \in I$. These generating sets are monomials.

An ideal $I \subset k[x_1, \dots, x_d]$ is monomially generated[@Cox2013-xd] calls it monomial ideals, but I personally remember this name better. if it has a (potentially infinite) generating set consist of only monomials.
That is

Fortunately for us, it turns out that the membership problem for monomially generated ideals is simpler.

In other words, we can test ideal membership of a monomial by testing if $\beta \geq \alpha$ for some $\alpha \in A$ with the lexicographic ordering on $\N^d$.

A main result here is that

In honour of such nice property, we give such generating sets a name.

is called a Gröbner basismore a Gröbner generating set really. It doesn’t have the unique coefficient property like a basis of vector space..

This is a series on studying Algebraic Geometry based on the textbook “Algebraic Geometry” by Hartshorne. We start off with the so called “classical algebraic geometry” where the unifying concept o...